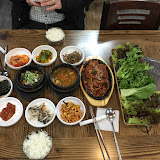 The Arrival Store will rent a SIM to your unlocked phone. They charge by the day and offer unlimited data. They will deliver it to the airport, but their help page suggests that this is tricky and that you ship it to your hotel instead.

They do require you to mail the SIM back to them when you're done. This is done via post office and can be done from the airport but they don't give any info on how it is done. I'm leaving in a week and staying at my first hotel only on day, but they said that hotel shipping can be arranged within 3 days from arrival, so I'm going to give it a try.

My trip has finally begun. I feel good about the software but haven't completed the documentation. Took an Uber to the airport. Arrived in plenty time and used my laptop to start working on documentation before departure. Started reading Aurora Leigh. Late to take off because of wing de-icing, but arrived at YYZ with plenty of time. Had some nasty breakfast in the airport ordered from an iPad. Each table/seat in the international lounge now has an iPad and credit-card reader bolted to it. Kind of ugly. Got more work done on the laptop. Read more Aurora waiting to reach altitude. Saw James Bay out the window. It turns out we're going to fly over the north pole. Crazy. Worked on my laptop until the battery ran out. Pretended to sleep with ear plugs and eye mask, but I think I was awake the whole time.

They brought us a meal and I discovered the power outlet and mostly finished the documentation before landing. Very big airport. Had to take a train to the terminal that has our luggage. The carousel said it was loading my flights luggage but it never came. After a long time I asked for help and a lady pointed out some luggage that had been stacked next to the carousel, mine included. Took the train to my hotel. Worked beautifully, although the ticket kiosk accepts only cash. Arrived at a ridiculously luxurious hotel. Yep, it's the wrong address. I had the presence of mind to ask for my SIM card (which they had) before taking a cab (20min) to the proper hotel. Finally got into my hotel room at 5am Ottawa time. Almost 24hrs of travel. Sent some emails. Bought a subway sandwich from the little mall-city in the hotel basement. Went to sleep.

Successful first day. Met Alex for breakfast. Juheon drove Alex and to Asan. I kept working on the documentation during the drive. MinHyoung brought Yongkai in his car. Our hotel wouldn't let us check in so we stopped at a coffee shop. I burned Alex's data to DVD. We met BJ for legit Korean lunch, then went to work. Everything went well but it took a long time. We got back to the hotel at about 9pm. Alex and I walked to the nearest restaurant we could find. All text was Korean and no one spoke English. Somehow we were served food. It was delicious. After dinner, straight to bed. I slept something like 10pm to 6am. Thank god. I was exhausted. 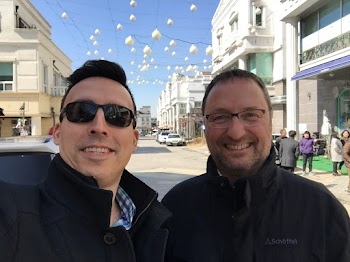 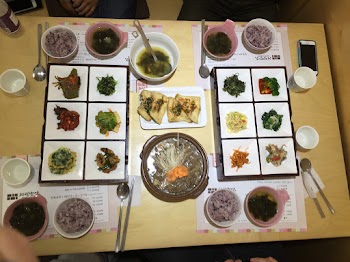 Second day didn't go so well. We finished configuring the instrument and tried out the workflow. There were some bad intermittent bugs, and some changes necessary to the workflow, and several minor bugs, but the big problem was that the 15nA and 7nA probes behaved terribly. We eventually solved that and setup a 14 hour run; however I doubt that it will go without interruption. I took a cab home after a long day and went straight to bed without dinner. 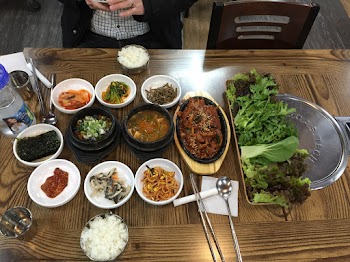 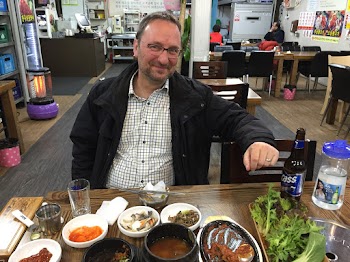 Later start today, so I had time to send my requests to Fibics. Then another long slog. Good progress. Took a taxi back to the hotel. Met up with Alex and company and had beef BBQ for dinner. Delicious. They cook it for you. And it was over a bucket of coals. 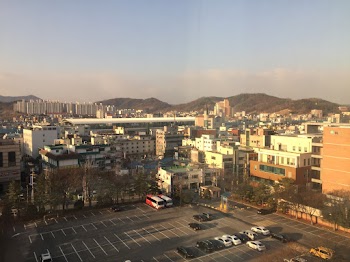 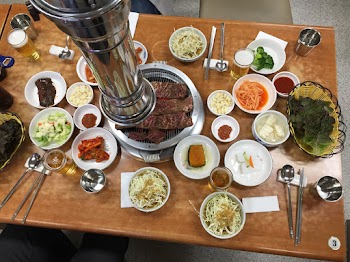 Early start. Brought in the new build. Successful day. Performed real analysis. Set up an overnight run. Alex joined BJ and I near end of day. We three went to dinner. Pork BBQ. Also great. I love the food here. Late night writing up the day's issues and packing luggage.

Last day. The overnight run went well. The engineers showed up before BJ expected, but they were friendly and happy with the overnight results. But we can do better. BJ and I sat with an engineer and explained the new features and discussed the remaining work. We quit before 5pm because BJ had to catch an early train. We took the KTX high speed train back to Seoul. Yongkai was tired so just Alex and I went out for dinner. We walked to a little place and had spicy beef stir fry. I was tired and forget to brush my teeth before bed. 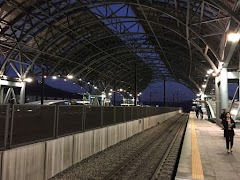 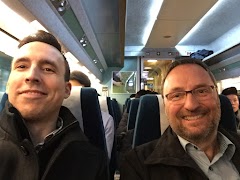 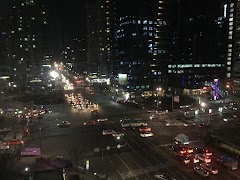 Beautiful day. Went to breakfast then walked around town. Found a university with a forested hill. Nice city. Checked out at 11:30am and got the hotel to return my SIM card by post. Took the subway to the airport, no problem. Arrived too early to drop my bag. Had a Quizno's and worked on my notes. Got through security, had a Jamba Juice and worked on more notes. Got on the plane, read Extras, watched Dr. Strange, slept.

Landed in Vancouver. Long wait for checked bag. The bag drop people said I was almost too late to get it on the connection. But at my gate the connection was delayed. Worked more on my notes. After the initial delay they had the zones line up but then delayed again for "cabin cleaning". Once on board they delayed again because of a hardware problem from the previous flight, then it was the fuel paperwork, then the fuel gauge wasn't working so they just loaded extra fuel. Finally in the air three hours late. Read Extras. Watched The Accountant. We almost landed but the captain had trouble with the flaps so we had to make a second approach. On the ground we got up to exit but they made us be seated while "the authorities" boarded. Then I caught the midnight instead of the 10pm to Ottawa. Having departed my hotel at 11:30am Korea time, I arrived home 4:45pm Korea time, i.e. 29 hours and 15 minutes later. Yuck. My 69 day streak of both duolingo and flossing are now broken. 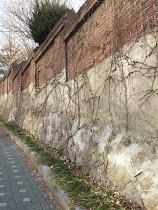 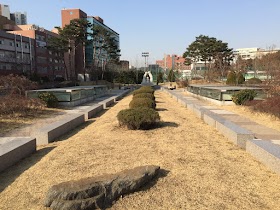 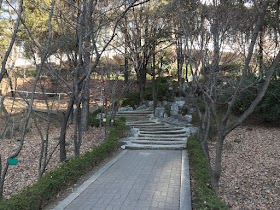 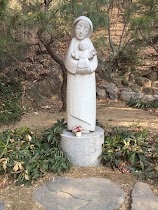 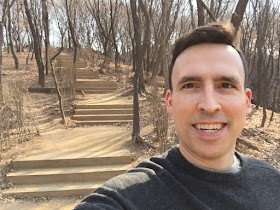 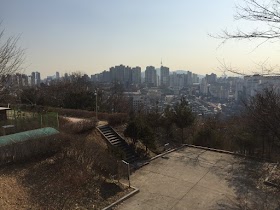