The city replaced our water meter on November 25th. The service guy said that the primary valve is a gate valve and has a dripping leak. It should be replaced with a ball valve.

He also mentioned that if you shine a flashlight on the meter, it will show you two numbers. The second number is the amount of water that we've consumed. If this increases while nothing is running then you have a leak in the house (i.e. the toilet). 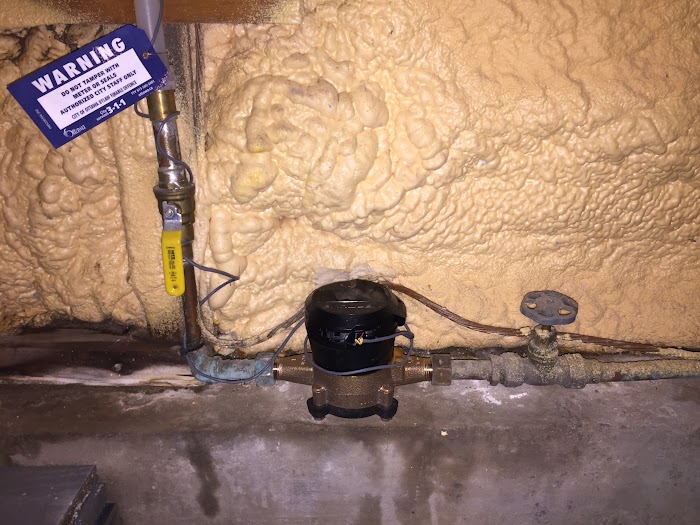 The city of Ottawa website says that you turn your water on and off by paying the city $88 per toggle.

If interior plumbing work needs to be done ... and shutting off the basement valve is not sufficient, the City of Ottawa can turn off the water to the property. ... These requests must be made at least three hours prior to the scheduled work by phoning 3-1-1.

So, I guess you book a plumber. Call the city before he arrives. Once he's done, call the city again. Very expensive. And you spend the day without water.

Reddit says that you'll get fined for operating the valve yourself, and that the line of responsibility is at the shutoff in the yard, so I'll have to pay the city to shut it off, then pay a plumber to replace the gate valve, then pay the city to turn it back on.

Update: We had a local guy help us earlier with the sump pump. W. E. Fullarton Plumbing & Heating Service Inc., 23 Merton St., 613-728-5886. He was very helpful again. He told us the guy for the city gave bad advice and we should make no change. He said the water was just condensation. Sure enough, I checked in the morning after no water had been run for several hours and all the pipes were bone dry.