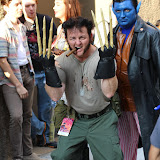 Demand is high, so if you want to attend, you should book your ticket (membership) a full year in advance. If booked before Sep 21 of the preceding year, the 4-day pass is $80.

We went because Shannon was competing in the Friday Night Costume Contest. Everyone at DragonCon was very friendly, so you could go alone, but I definitely appreciated having friends to hang out with and a veteran to show us the way.

We booked our flights and hotel in January, but in retrospect, we should have done that in September along with the tickets. Amanda and I stayed at Urban Oasis B&B with hosts Judi and Dwain. They're awesome, and the B&B is great. It's a $5 Uber from the convention, and a great relaxed place to take a break from all those people. The Urban Oasis is in a trendy little neighborhood, next to a walking/biking path, and would be a great spot for a non-DragonCon trip to Atlanta too.

It would have been neat to stay in the Marriott Marquis or Hyatt Regency though. Both have amazing internal courtyards, and are constantly swarming with costumed convention-goers. However, these rooms are in high demand. You'd have to book the room exactly a year in advance. At checkin, convention-goers are offered to re-book for the following year, so the rooms are almost always booked.

We dropped Pilot off at the kennel the night before, and were all packed in two carry-on bags before heading to work Thursday morning. I told Dave I had a cardboard gun in my carry-on, and he got all serious and pointed out that you can't bring fake guns onto planes (TSA, child's toy). After some deliberation with Amanda, we decided to re-pack the two carry-ons into on checked bag.

We arrived at the airport with plenty of time and clear skys, but Toronto had thunder storms earlier in the day that pushed back all the schedules. Because we had a checked bag, we couldn't get on an earlier (Air Canada) flight. It looked like we would still make it, but no, we had to wait on the YYZ tarmac until after our connection left. We then spent hours in line and on the phone getting a (free) hotel for the night and re-booked (on a Delta flight) for the next morning. Originally they wanted to put us on the next Air Canada flight which would have us arriving 24 hours late, after the Friday Night Costume Contest.

By the time that was sorted out, the special connections-to-USA baggage place was closed, so we couldn't get our checked bag. At the hotel, we weren't able to online-checkin to the next (Delta) flight. We phoned back and forth between AC and Delta six times, but each insisted that the problem was with the other. After midnight we gave up and went to sleep.

We got up at 4:30am went first to the Terminal 3 for Delta checkin. The lady at the counter insisted that we had no ticket. We pointed out the ticket numbers from AC, and when she entered them manually she was able to print out tickets. Then we took the sky-train to Terminal 1 to see about our bag. After a long time, they asserted they had no idea where our bag was. We raced back to Terminal 3 and got through security and immigration just in time. We got some sleep on the flight to Atlanta.

The LRT (Marta) in Atlanta is great. We each bought a breeze card with four trips worth of cash pre-loaded. Note however that if you pay with Visa, the kiosk will ask for a ZIP code. If your postal code is A1A 1A1, you enter 11100.

We went straight to DragonCon and got registered. We went to the photographer and the vintage vogue fashion show, but didn't find Shannon. Feeling tired and smelly, we took the Marta to the stop near our B&B and walked to a Target and bought supplies, before getting a cab to our B&B and checking in. We had a break then Ubered back in to DragonCon in plenty of time for the FNCC, and had second row seats. There was some panic where Amanda lost her badge (buy a lanyard), but she got back in before the main event. Shannon won best Journeyman and best in show! 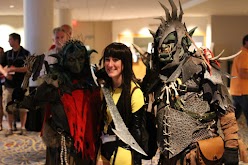 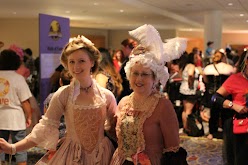 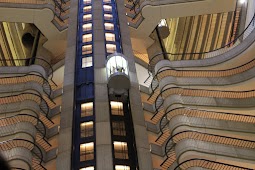 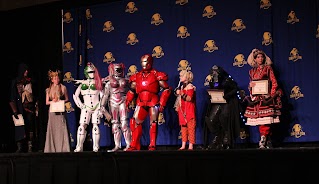 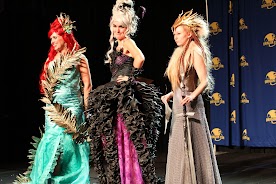 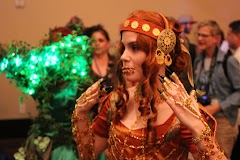 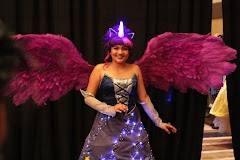 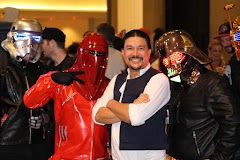 After an early breakfast we Ubered into town, and met Shannon at the Lion statue for the Parade, which was awesome, but long. Shannon and Amanda went to "Meet the Winners" while I waited for the parade to end. Then we had packed lunches and went to the vendor's hall. We had dinner at an Irish Pub, and Amanda went home while Shannon and I went to the Symphony, which was awesome, and had the Opera singer from Fifth Element. 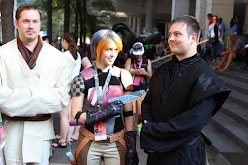 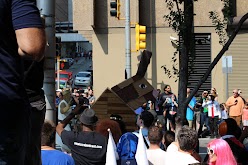 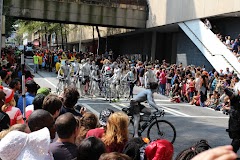 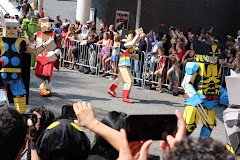 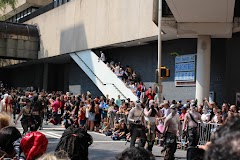 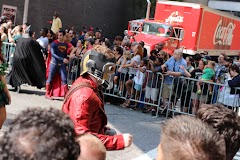 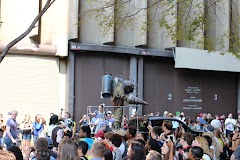 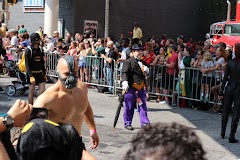 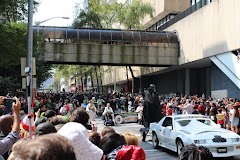 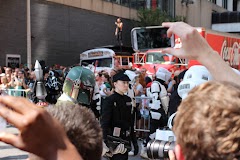 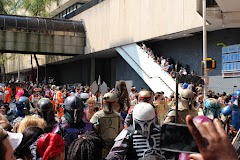 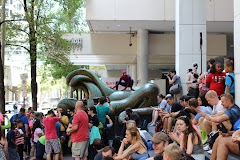 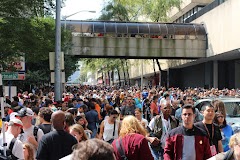 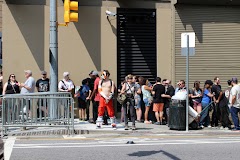 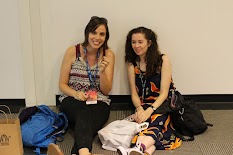 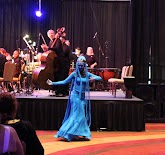 After an early breakfast, we Ubered into town and went to the ThermaPlex and Indie Games panels. Afterwards we met Shannon for photos and went the artist's hall. We had a long wait for the Star Wars costume show, and played a card game while sitting in line. After the show we had Sushi for dinner and called it an early night. Before bed, I checked on the luggage, and discovered they planned to deliver it tomorrow. We called and they decided to deliver it tonight which meant waiting up until near midnight for luggage we couldn't use. Ugh. 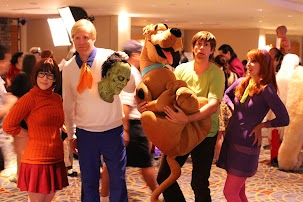 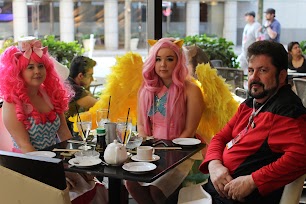 After an early breakfast, Judi drove us to the Marta and we got to the airport and checked in without incident. We watched Inside-Out on the plane, and when we finally got home, discovered that Ottawa was hotter than Atlanta. Overall, it was a great trip.

They had really great advice, including the following:

We attended a panel on developing Indie Games. One of the panelists, Thomas Michael Gofton (facebook), was a Canadian who started out producing film. They had a really interesting discussion.

Favourite games included: Neuroshima Hex! and The Play’s The Thing by Magpie Games

That's a total of $3,457.05, and considering the flight delays, fun didn't start until 10:15am on Friday, and stopped around 10:15pm Sunday night, since the next morning was really just all air travel. So that's just 60hrs of fun which gives a shocking $1380/fun-day, a new record for inefficiency, but I guess that's what happens when your flights get fouled.

It was totally cool. I'm so glad we did it.