Thursday August 15th Visited with Amanda's parents in the morning then drove to Stratford. Had lunch at one of the government highway stops. I had a surprisingly delicious Blue Burger at a new chain called Big Smoke. We checked into the Swan Avon (117 Water Street) and had a nap before dinner at Cafe Ten. We saw The Merchant of Venice at the Festival Theatre that evening. As we approached our seats we were shocked to see an envelope taped to the armrest. Upon inspection we found it was a card from the Artistic Director welcoming us to the season and thanking us for our patronage. It was an excellent production in modern dress placed in the time of world war two. It was very well put together, and the racism was appropriately juxtaposed with the shadow of Hitler's regime. 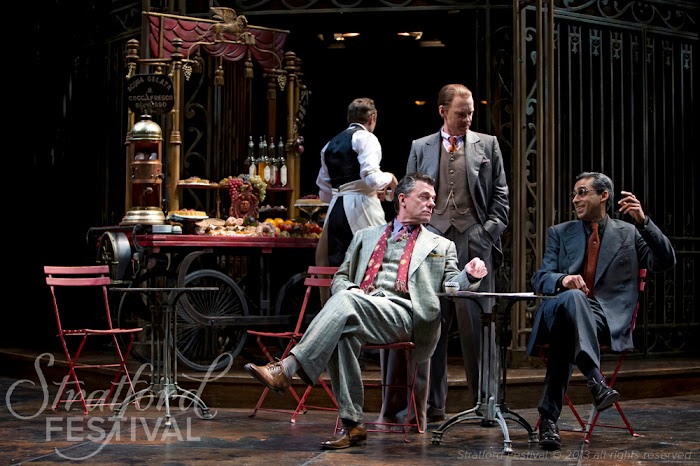 Friday August 16th Had breakfast with Journalists then went out shopping. We ate take-out lunch from Sirkel Foods while reading Waiting For Godot in the flower park. We returned to our Bed & Breakfast for a nap. We ate dinner at Raja and saw Waiting For Godot at the Tom Patterson Theatre in the evening. I thought it was a great performance with a bad audience. Maybe the director intended more humour then I wanted but I couldn't understand why they would laugh at despair. 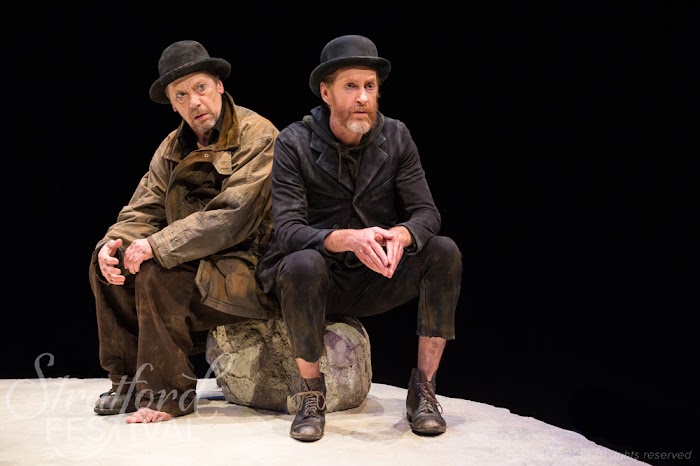 Saturday August 17th We shared a short breakfast with two interesting ladies, a Judge and a financial planner. We met Barrow & Valerie & Gail and Spencer & Caitlin for brunch at Let them Eat Cake. We snuck in a pint at the Boar's Head before seeing Mary Stewart at The Tom Patterson Theatre in the afternoon. It wasn't one of our favourites even though it starred Lucy Peacock. I think it's partly because it's written from the French perspective and negatively portrays Queen Elizabeth, who I'm used to being fond of. But more then that, I took exception to the adaptation which constantly slipped in anachronistic language which I found quite jarring. Afterwards we had a snack at Boomer's Fries and a nap and a late dinner at the Annex Room. 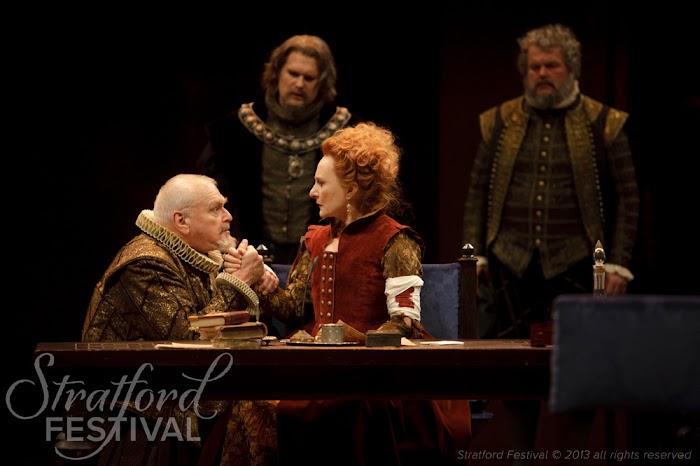 Sunday August 18th We shared a long breakfast with the Judge and a financial planner before checking out and starting the long drive to Bobcaygeon. We had a nice visit with Amanda's parents and a boat-ride before the long drive back to Ottawa.