Thursday August 16th We had a short trip to Stratford this year. On thursday after work we drove to Bobcaygeon listenint to "The Panic Virus" which should be required reading for all parents, and dropped off Pilot with Amanda's parents. 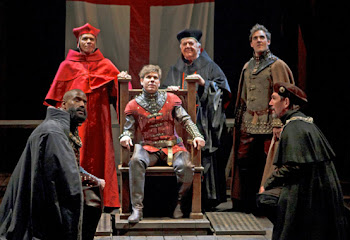 Friday August 17th In the morning we had a leisurly breakfast and departed for Stratford thinking our one-and-only play, "Henry V" was at 8pm when in fact it was at 2pm. Yikes. We took the toll highway and sped as much as we could arriving at the Festival Theatre pay-lot scant minutes before doors closing. 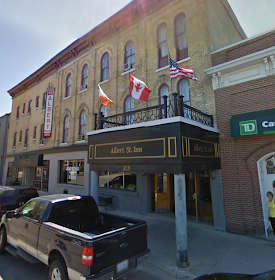 The paper gave it bad reviews, but I thought it was very good, although Henry seemed a bit mis-cast. In the end after the battles when he's wooing the French girl, he really came alive as an actor, as opposed to all the "Into the breach" stuff where he was just okay.

We stayed at the Albert St. Inn, which is old, not in a good way, but well positioned, and had two dinners: some at "Let Them Eat Cake" and some at "Stratford Thai Cuisine". The next day we drove to Shanty Bay for Jana & Andy's wedding, which was fantastic.